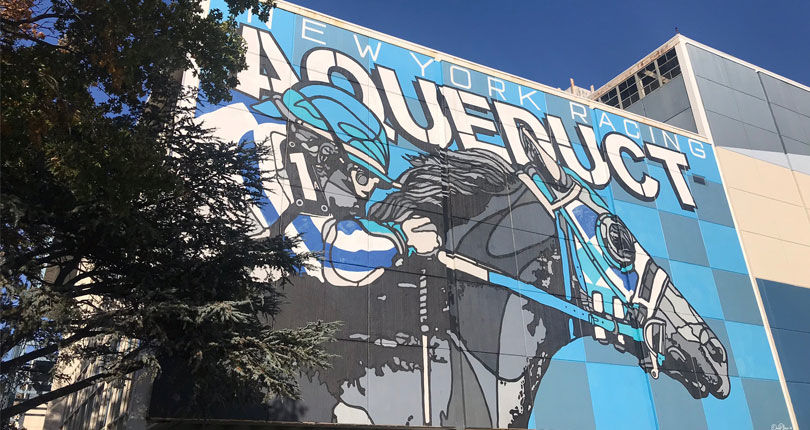 Purses for all 10 races will see increases with The Great White Way for juvenile males and the Fifth Avenue for juvenile fillies, to be run at Aqueduct in December 2019, becoming the richest sire stakes races in the country with purses of $500,000 each.

“This purse enhancement is the result of a diligent process with our partners in New York racing and I appreciate the leadership of John Poklemba of The Fund and Jeff Cannizzo from the NYTB to get this over the finish line,” said Martin Panza, NYRA’s Senior Vice President of Racing Operations. “Continuing to find new and innovative ways to incentivize the owners and breeders who fill our races is paramount to the ongoing success of New York racing.”

Funding for the enhanced NYSSS purse structure comes from The Fund which distributes “Purse Enrichment” annually.

Jeffrey Cannizzo, Executive Director of the NYTB which administers the NYSSS series, said, “I sincerely want to thank The Fund and NYRA for agreeing to this proposal which dramatically enhances the Stallion Stakes Series and creates the most lucrative sire stakes for two-year-old’s in the country. Directing The Fund’s ‘Purse Enrichment’ to New York-sired horses will, I believe, have both immediate and long-term positive effects on the state’s breeding and racing industries.”

The purse hike will directly benefit all participants in the New York breeding and racing programs starting with the owners of New York-sired horses, who already derive added value from the racing opportunities afforded by the NYSSS. Owners will see an increase in their bottom lines both from bigger purses and the opportunity to earn larger “Open Owner’s Awards” from The Fund. Currently, New York-sired horses who finish first through third in open races, and races like the NYSSS which are not otherwise restricted to New York-breds, earn 20% on top of purse earnings.

“Doubling the purse value of the New York Stallion Stakes Series through The Fund’s ‘Purse Enrichment’ money will benefit owners, breeders and the bloodstock market, starting immediately. Having an additional $1,150,000 in quality black-type earnings on the table could also have a wide-ranging effect on the landscape of the stallion business in New York,” said Cannizzo. “New York-bred juveniles will have a greater built-in added value when they enter the sales ring in the first few months of 2019. My additional hope is that the enhanced NYSSS program will incentivize stallion owners to consider bringing stallions to the state. The racing opportunities, purses and awards in New York for a stallion’s progeny are second to none. This move could help enhance the quality of the stallion population and provide a stronger magnet for attracting quality mares to New York.”

Live racing returns to Aqueduct Racetrack on Friday. The lucrative 23-day fall meet, which runs from November 2 through Sunday, December 2, offers a total of 29 stakes events worth more than $5 million in purse money. Gates open Friday at 11 a.m. with first post time at 12:15 p.m.